BALTIMORE – Shohei Ohtani went 2-for-5 and drove in the last run for the Los Angeles Angels, who beat the Baltimore Orioles 7-2 Saturday for their third victory in as many games.

After lining out and flying out in his first two at-bats, Ohtani, who was playing his fifth game since returning from Tommy John surgery, led off the sixth inning with a single and came around to score the Angels’ fourth run on Kole Calhoun’s single.

“I had a good feeling from my first at-bat. Every at-bat counts, and I’m moving forward, slowly but surely,” Ohtani said.

“If I get a little better, I’ll probably get (extra-base hits). I feel blessed to be able to play.”

Los Angeles starter Matt Harvey allowed a two-run homer to Dwight Smith Jr. in the bottom of the first that tied the game at 2-2, but Luke Bard (1-1) and three other pitchers held the Orioles scoreless on four hits the rest of the way.

Albert Pujols hit a go-ahead solo shot in the fourth for his second homer of the night off Dylan Bundy (1-5), and the visitors added three more runs in the sixth at Camden Yards.

Pujols has played in 35 games this year and has eight homers and 21 RBIs batting in the middle of the order.

“I have played well all season long,” he said. “Been putting a good swing on the ball for month-and-a-half right now.”

Ohtani picked up his second hit of the game with an RBI single in the ninth inning to account for the Angels’ final run. 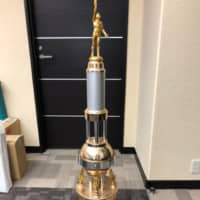 Stanka’s family reunited with ’64 MVP trophy
Joe Stanka’s Pacific League MVP trophy was missing for over 30 years.
He won the award with the Nankai Hawks during the 1964 season. Pitching to catcher Katsuya Nomura, « Big Thunder » went… 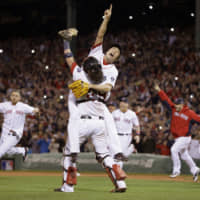 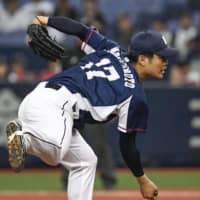