While walking through the lobby of the luxury hotel where MLB owners were meeting, Crane stopped briefly when approached by reporters.

When someone started to ask whether he had any comment about the allegations, Crane didn’t even let that question get finished before responding, “Any other issues?”

Two sheriff’s deputies working security in the lobby then stepped in and escorted the Astros owner toward a flight of stairs that led upstairs to where the meetings were taking place.

MLB commissioner Rob Manfred said Tuesday he hopes the investigation will be completed before the start of next season and that he has authority to impose discipline beyond the loss of amateur draft picks.

Manfred is scheduled to hold a news conference Thursday after owners wrap up their meetings at the hotel adjacent to the new Texas Rangers ballpark that will open next season.

Oakland pitcher Mike Fiers told The Athletic in a story last week that while he was playing with the Astros during their 2017 World Series championship season the team stole signs during home games by using a camera positioned in center field.

Yankees president Randy Levine, whose team lost to the Astros in the AL Championship Series in 2017 and again this year, said he would leave it to the commissioner “to get to the bottom of it” and said he hadn’t heard anything recently.

Asked if it was frustrating considering a seven-game ALCS loss to the Astros two years ago, Levine responded, “We have to see what the results of the investigation are before we make any comment.”

During this year’s ALCS, Houston players were suspected of whistling in the dugout to communicate pitch selection to batters.

Crane’s appearance at the owners’ meetings was his first near media since last week’s report, which led to MLB expanding its investigation of the team.

MLB was already looking into the Astros for an incident during the playoffs. The team fired assistant general manager Brandon Taubman for directing inappropriate comments at female reporters during a clubhouse celebration after the Astros beat the New York Yankees to win the AL pennant on Oct. 19. The team issued and then retracted a statement accusing a Sports Illustrated reporter of trying to “fabricate a story.” Taubman was fired on Oct. 24.

Not long after his lobby encounter with reporters that lasted less than a half-minute, Crane joined some other owners for a tour of the Rangers’ new $1.2 billion stadium being built across the street from the ballpark the team called home the past 26 seasons.

Manfred toured the construction site Tuesday, when he addressed MLB’s investigation into the Astros, who lost to Washington in Game 7 of the World Series.

“Any allegation that relates to a rule violation that could affect the outcome of a game or games is the most serious matter — it relates to the integrity of the sport,” Manfred said then. “People want the game played consistent with our rules, and feel it’s important that we figure out exactly what happened here and take steps to make sure that it doesn’t happen in the future by imposing appropriate discipline.”

Manfred didn’t speculate on what that discipline would be and said it would be based on what is determined by “the facts established at the end of the investigation.”

For now, Manfred said the Astros were the only team being investigated for cheating allegations. 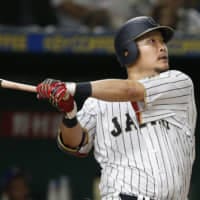 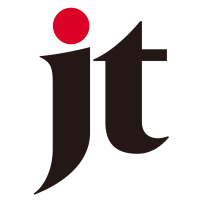 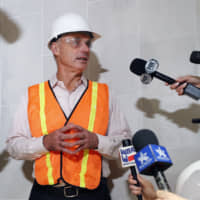