Kodai Senga’s 12-strikeout no-hitter on the night of Sept. 6 was more than just a historic moment — it was the first of his career and the first since the Fukuoka SoftBank Hawks franchise relocated to Kyushu from Osaka in 1988 — for the ace pitcher.

Senga’s gem might’ve also been a glimpse into the future of licensed merchandise in Japan.

If the latter is proven true, it might be the result of Fanatics, an American-based licensed merchandise company trying to change the way the game is played in Japan and already drawing attention from NPB clubs.

“There’s a lot of interest from the teams about what we do here in Japan about innovating this licensed merchandise industry which, in many aspects, hasn’t really changed over two decades or three decades,” Masanori Kawana, managing director of Fanatics Japan, told The Japan Times at the company’s headquarters in Tokyo.

Hawks fans were able to snap up shirts celebrating Senga’s achievement (because there is almost always a shirt when anything happens in Japanese baseball these days) in stores and online a couple days later, on Sept. 9.

Often the wait for such items is at least a week, during which demand can taper off, and product runs are limited.

Fanatics, however, is looking to change this, and more, by using its vertical commerce model in Japan.

“Most industries have quickly adapted to the digital economy, whereas the sports licensing market had been slow to change,” Kawana said in a followup email. “Fanatics is tackling a previously staid sector with tech, data, verticality and omni-channel integration.

“For decades, this industry historically faced long-lead buying cycles, trying to guess which teams and players will be hot each year — we now live in a world where consumers expect to get what they want, exactly when they want it.”

Fanatics was founded in Jacksonville, Florida, in 1995. Since then, it’s grown successful enough in the industry that it runs the e-commerce websites for MLB, MLS, NBA, NFL and other major sports leagues.

In NPB, Fanatics is working with the Chiba Lotte Marines, the Hawks, the Tohoku Rakuten Golden Eagles, Seibu Lions and Tokyo Yakult Swallows.

One of the keys to the company’s rise is its vertical commerce model.

Fanatics uses technology to track breakout performances, trends and things of interest to fans. Then it connects that knowledge to a streamlined manufacturing process that can quickly meet localized demands and then branch out.

Fanatics has two warehouses in Japan and creates the products itself. The company also says it can shift from on-demand to mass production.

What all that is supposed to do is drastically cut down production times and get products into fans’ hands sooner, allowing teams to take advantage of the demand in the case of an unexpected event, like a trade or no-hitter.

The model has been called innovative in the U.S. and the company is hopeful of achieving the same success in Japan.

“Owning, producing and controlling your own merchandise, from design to manufacturing to delivery to the customer (a complete end-to-end approach), is at the heart of vertical commerce,” Kawana said. “By scaling the v-commerce model for faster, speed-to-market of merchandise in an increasingly on-demand world, it is possible to deliver sustained, profitable growth in the evolving retail landscape.”

If Fanatics’ vision pans out, it’s possible Japanese baseball will begin to somewhat resemble its American counterpart in the e-commerce sector.

But in addition to bringing its vertical model to Japan, Fanatics also entered into a 10-year partnership with SoftBank (in Oct. of 2018) to run its e-commerce operations. Meaning what the company does for the Hawks may offer a glimpse of its plans for Japanese baseball e-commerce.

“It’s the first time ever some third party player gets the whole merchandising business. Not just for the online portion, but we also manage the whole of their merchandising,” Kawana said.

If nothing else, the company has experience behind its vision.

Because of the unpredictably of sports — who knew Senga was going to no-hit Chiba Lotte that night — Fanatics is hoping to use its vertical model to change the way Japanese fans interact with the licensed merchandising apparatus.

“You need to have every player, every size, in every color and every gender always available to meet fan demand, otherwise you’re going to miss opportunities,” Kawana said. 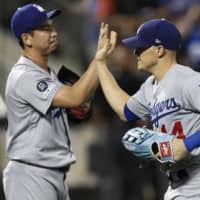 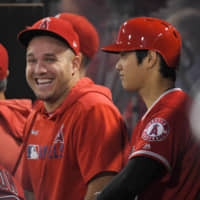 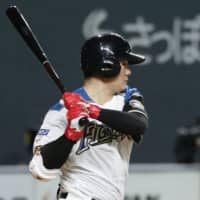