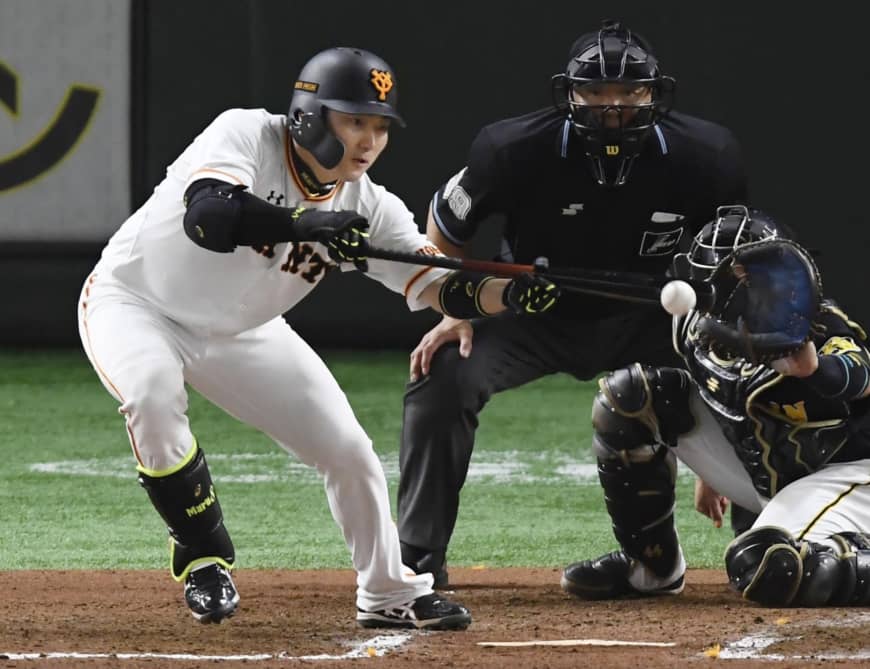 The Yomiuri Giants’ return to glory is almost complete.

Yoshihiro Maru brought the tiebreaking run home with a risky two-out bunt in the sixth inning and Alex Guerrero provided some breathing room with a two-run homer in the seventh as the Giants closed out the Central League Climax Series Final Stage with a 4-1 win over the Hanshin Tigers in Game 4 on Sunday afternoon at Tokyo Dome.

Yomiuri won the series 4-1 after starting with an automatic 1-0 advantage as the pennant winner.

Kazuma Okamoto, who hit three home runs and finished with seven RBIs during the series, was named MVP of the Central League Climax Series.

The Giants will play in the Japanese Fall Classic for the first time since 2013.

The club will meet the Fukuoka SoftBank Hawks, who will be trying to three-peat as champions. The Japan Series will begin on Saturday at Yafuoku Dome in Fukuoka.