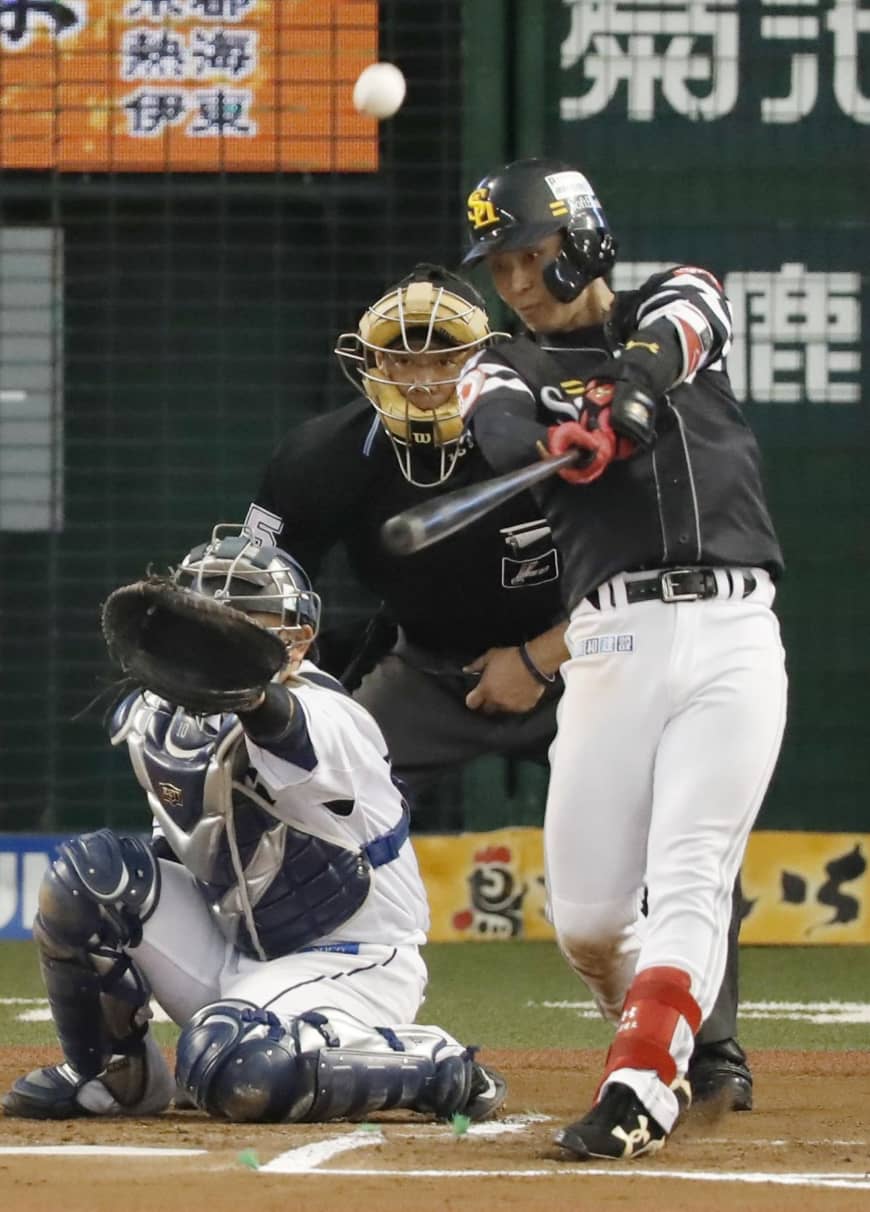 The Hawks clinched the final stage four games to one, marking the second straight season they came to MetLife Dome and overcame the league champs’ one-win advantage to move on to the Japan Series. The Hawks are the two-time defending Japan Series champs.

Game 4 had been scheduled for Saturday, but it was postponed on account of Typhoon Hagibis.

“First of all, we’d like to offer our sympathy to those who have suffered and those who have been forced to evacuate,” Hawks manager Kimiyasu Kudo said of the disaster that left dozens killed or injured. “We were pleased to even be able to play in such circumstances.”

Imamiya, who reached base all six times he came to the plate, opened the scoring with a solo home run in the third off right-handed starter Keisuke Honda. In the sixth, with SoftBank leading 3-2, Imamiya hit a two-run homer off rookie Wataru Matsumoto.

Imamiya’s fourth hit of the game, a seventh-inning single, drove in the second run of the Hawks’ two-run seventh. He made it 9-3 with another two-run home run and finished the game with six RBIs and was named this year’s PL Climax Series MVP.

“Most of all, we’re very happy that this victory allows us to play more games (in the Japan Series) before our home fans,” Imamiya said.

Yurisbel Gracial opened SoftBank’s two-run fourth inning with his third home run of the series. Seibu’s Hotaka Yamakawa had an RBI single and a solo home run, while Ernesto Mejia also homered for the hosts.

The Hawks have now beaten the Lions in seven consecutive PLCS Final Stage games, having won the last three games a year ago after splitting the first two.

The Japan Series opens Saturday at Fukuoka’s Yafuoku Dome, where SoftBank will take on the Yomiuri Giants.